The Athlete Within and The Journey 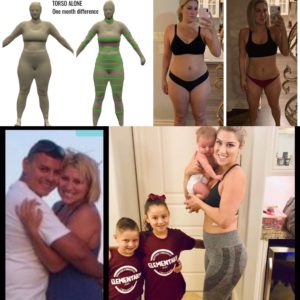 Once an Athlete Always a Athlete

Dana became part of the FX family this past July and has been creating her new fitness story. She comes to the studio everyday knowing that she’s ready for change and to create a THRIVING new fitness lifestyle. Dana is a mother of 3 and refused to fall into the ” I don’t have time ” routine. The day Dana walked into FX Fitness, you can sense the eagerness that she wanted to better herself, not just for her but for her family too. She had the edge, the willingness, the discipline, the support and the competitiveness to pull out her former athlete within.

This is her story-

It had been a while since I had stepped in a gym and it wasn’t that I hated to work out that was holding me back. I had been an athlete my entire life and once I hit about 23 I started making the normal excuses you make when you get out of that “competitive athlete age”.  I had gotten married, Had babies and became lazy . I didn’t want to admit I had let myself get so bad. I had tried other gyms and after paying years of memberships I found out that I was spending tons of money and never saw more then that first tour. I didn’t know what to do or where to start and I felt defeated.

My husband had told me about FX Fitness and I right away put up my guard and told him “NO” . I didn’t ask questions, I didn’t try a class , I didn’t even take “the tour” ! It wasn’t until I had my Third baby and reached my highest weight ever of 227 lbs that I realized I needed to swallow my pride and just “feel uncomfortable” for a while!!

My first impression was how CLEAN the gym was (I’m a woman, these things matter haha) I knew Drew could tell I was nervous but he never pushed and just let me adjust on my own. After my first class I felt like I had let myself down for SO LONG but I was so motivated to GET BACK TO IT. Drew knew exactly where I needed to start and at what point I could advance. He pushes me daily to that point I don’t think I can push to and I leave more motivated then the day before! I know I would never have gotten to the point i’m at without him.

But at FX it’s not just about the owner, it’s about the atmosphere and culture! You may have a mom who wants to get her groove back, like me working out with a k9 Police woman. The greatest part is, I’ve never, not once felt judged, talked about or left out. If I’m doing something wrong someone ALWAYS helps. We encourage each other if we see someone struggle and we celebrate each others successes.

I was looking for a Gym but man I’ve found SO much more then that. It also helps that since July I’m down over 7.5 Inches in MY TORSO ALONE and down to 182.7 pounds building a strong body I’m proud of!

Dana is always putting in the work and we can’t wait to see how her journey continues!

Let’s Sculpt a Foundation together